There has been a lack of good methods that enable adapted learning and fast progression for the participants in Norwegian language training.

The initiative consisted of several elements:

The participants gained increased motivation and progression through participating in the initiative. However, it was difficult for the participants to reach B2 in one year, most needed more time.

The aim of the initiative was for the participants to reach level B2 faster than with ordinary progression. They were to work more independently and efficiently than in the regular courses. They were to be prepared for everyday working life. The competence of the participants was to be used in the Norwegian labour market or in further studies.

The participants received 30 hours of instruction per week. They attended ordinary classes and followed the online course “Min vei” in addition to 4 hours of project training per week. Depending on the individual’s development and progression, it was possible to skip courses.

Guidance interviews were conducted with evaluations of the participants’ results and progression and the prepared individual plan.

The school counsellor provided a three-part career guide that was about “myself”, “my opportunities in the education system” and “my job opportunities”. The participants learned about jobs in the region and the rest of the country and participated in a career day at Larvik Language Centre. Only when the participants reached B1/B2 level were they given relevant job experience. This is because the participants are expected to master everyday language and primarily need technical language practice.

The job experience took place in close cooperation with NAV. Each participant was assigned a counsellor in NAV. NAV also followed up the contact at the workplace. 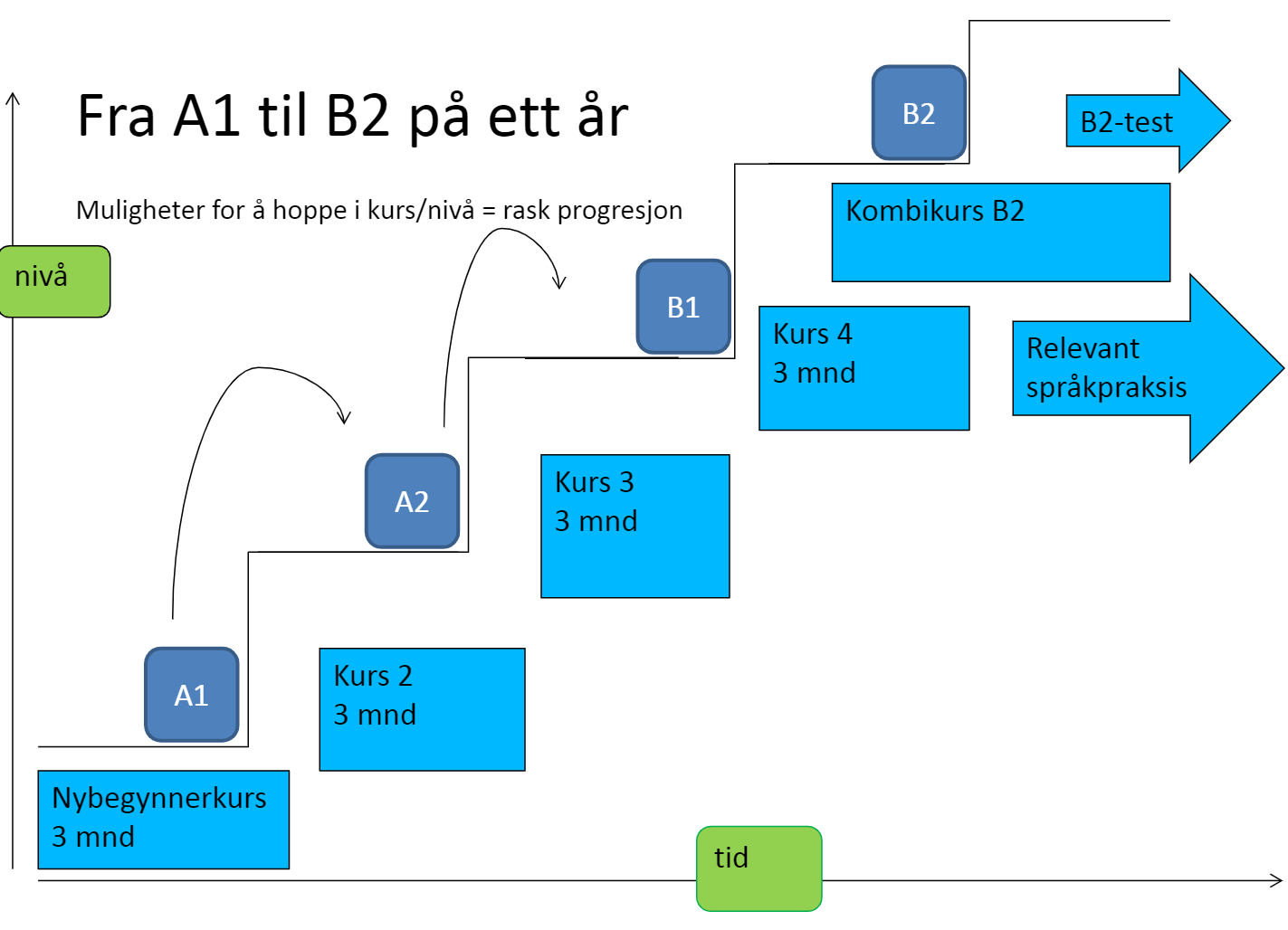 “From A1 to B2 in one year” was in operation until 2018. Due to changes in the framework, among other things, the programme offered today has been adjusted.

Larvik Language Centre has developed and adjusted how it works with intensive Norwegian language training. On this page is a review of the “From A1 to B2 in one year” initiative, which helped to provide useful experiences and that formed the basis for the current programme.

Furthermore, the following are also important:

IMDi’s quality assurance of best practice has been based on systematic assessments according to given criteria.

The perspective on knowledge-based practice forms the basis for IMDI’s best practice work. It means that practices are assessed based on: Research-based knowledge, experience-based knowledge and user knowledge.